What is cervical Disc Disorder or disease?

Pain experienced in your neck, shoulders, arms, hands etc can be symptoms of cervical disc disease. Disc degeneration, spinal arthritis, tumors in the spine etc can also cause the above symptoms. If, the neck pain was caused after an injury, or if fever or headache are accompanied by neck pain, or if you cannot bend your chin and touch your chest, these are amble symptoms for you to meet a neuro surgeon and consult the matter. Disc degeneration or herniated disc may occur due to bad postures, old age, spinal arthritis etc. An injury to the vertebral ligament or disc of the cervical spine can cause serious problems like paralysis, herniated discs, bone spurs etc. Injury to spinal cord in the cervical region can lead to severe consequences as all nerves to important parts of the body like arms, abdomen, legs etc pass through this region. 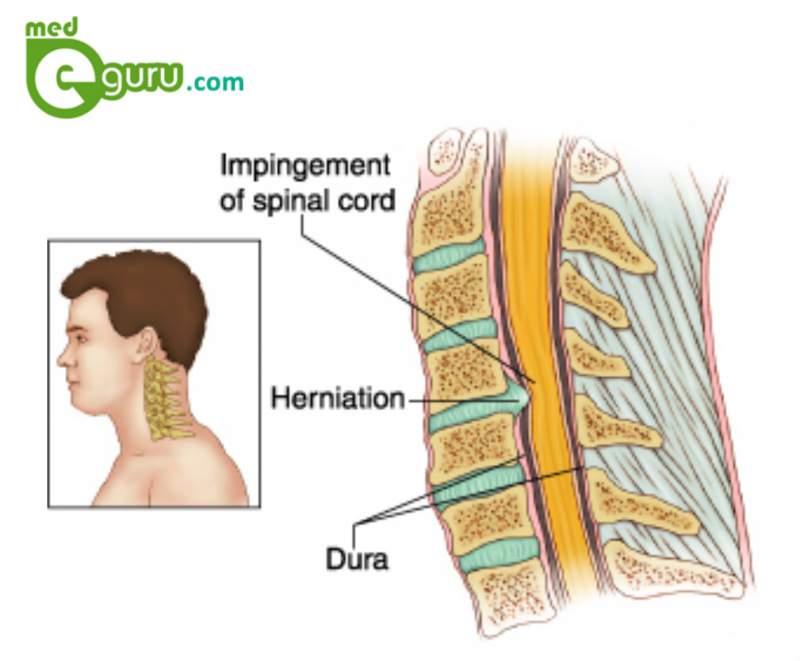 How the Cervical Disc Disease is diagnosed?

Diagnosis of the correct reason for your neck pain can be made by a neuro surgeon by carefully studying your medical history, symptoms shown by you and by analyzing the images received by the various imaging techniques including computer tomography scan, electromyogram, magnetic resonance imaging, myelogram and X-ray.

What are the Conservative treatments for cervical disc disorder?

It has been found that conservative treatment like medication, physiotherapy, use of braces etc can give considerable improvement in reducing pain and other symptoms. Bed rest, reduction of physical activity and practicing better postures etc in combination with corticosteroid injections have more often found to be very satisfactory in reducing the symptoms of cervical spine diseases. Surgeons prefer surgical procedures only if the conservative techniques are unable to deliver considerable improvement to the symptoms.

What surgeries are performed for Cervical Disc Disorder?

Cervical spine surgery is suited for patients who possess good health and who could not experience any progress even after spending considerable time in conservative treatment options and patients who experience increasing pain and other symptoms will be the suitable candidates for the adaption of surgical procedures for controlling and fixing cervical disc problems.

Anterior cervical discectomy: This procedure is adopted to relieve the pressure on spinal cord or on the nerves which are caused by the pressing of the bulged disc on it. A small incision is made in the front side of your neck and the surgeon reaches the affected part of your neck through this incision. The disc which is causing the problem is removed. The gap caused by the removal of the disc is filled up by placing a piece of bone or other artificial devices through spinal fusion. After the passage of some time, the vertebrae will fuse together.

Anterior cervical corpectomy: This procedure is adopted in the cases where cervical stenosis has occurred due to the formation of bone spur. In this case the surgeon removes one or two vertebral bodies and the disc attached to it. The gap caused by this removal is filled up by placing a piece of bone or some suitable devises and they are fused together.
Posterior micro discectomy: This Is a procedure adopted to clear a large herniated disc and posterior micro discectomy is a procedure used for the removal of a large herniated disc through a vertical incision in the back side of the neck.