Buttocks musculature functionally aims to establish a stable, balanced pace during movement. Gluteoplasty or buttock augmentation surgery is a type of plastic surgery, which involves correcting the congenital, traumatic, acquired defects, and buttock deformities. As a result, an aesthetic appearance of the buttocks is achieved. A popular cosmetic surgery, Buttock Augmentation, enlarges or re-shapes the buttocks, which fail to respond to diet or physical exercise. Thus, the natural curves are enhanced for the patients. During buttock augmentation (butt augmentation) or buttock lift (butt lift), the buttocks are contoured and the low amount of fat in the region is compensated. Buttock augmentation is often chosen by the body-builders who are not able to develop proportionate gluteal muscles. For enhancing the anatomic curvature of the gluteal region, in transsexual woman and transgender woman, a gluteal implant is recommended. It also helps in establishing a marked feminine buttocks that projects more than the male hips.

Brazilian Butt Lift has become a very popular cosmetic surgery procedure world-wide. This method involves transferring autologous fat, taken from the patient’s own body, to the buttocks. Thus, any type of complications or rejections is avoided. However, in order to undergo Brazilian butt lift, the individual should possess enough fat in other body parts. This procedure involves two-stages: the fat is harvested in the first step and in the second step it is injected. It is usually done in conjunction with other body reshaping procedures or may be performed as a stand-alone procedure. Even though some of the fat survives permanently, but still it is recommended to undergo a touch up after one or two years for ever-lasting results. As compared to buttock implants, this procedure of using individual’s own fat is regarded to be a safer technique. More natural results are obtained from this procedure with minimal complications. A good candidate for Butt augmentation or Brazilian Butt Lift is the one who is physically, emotionally as well as mentally stable.Â 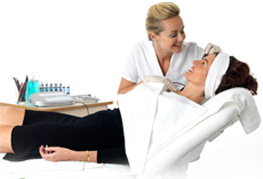